There’s probably never been a more exciting time to be in the market for a new BBQ. As the days of being a Ford or Holden man are all but gone from the car market in Australia, so too in the BBQ world. Brands like Weber and Beefeater are no longer dominating, with new brands to Australia like Napoleon Grill, Everdure by Heston, Capital, Green Mountain Grill (GMG) and so many more proving to be a big hit. The long time players in the market like Gasmate, Masport and Tucker BBQ are also staying in the game by stepping up their features and styling to give the customer choice like never before. The demand for bigger and better outdoor kitchens has brought about some wonderful innovation in appliances and building materials.

There is so much to say about choosing the right BBQ. You may find it easier to give us a call or come in store and have a chat with a member of the team. Contact Us

But in this fast moving world, keep a focus on a few main points. Some may seem obvious others not.

For this post we are really talking about Gas BBQs. If you’re thinking of a smoker, Kamados (ceramic bbq) or pizza oven, we’ll tackle that in a different post.

Space and where the BBQ is going to live would be the first thing to work.out.

Is the BBQ going to be moved around? If so and it’s a medium to large BBQ you’re looking for and should check the quality of the wheels or casters. Good quality casters that lock front and back will be an advantage moving of a large BBQ.

What’s your budget? At the end of the day we can only pay what we can afford but should you find yourself faced with two options, it’s a good idea to take into account how long the BBQ is expected to last in your environment and the frequency of your usage. The type of metal and quality used in the making of the BBQ and the warranty on offer will help here. Brands like Beefeater, Napoleon Grill and Tucker BBQ offer some impressive warranties. Remember the devil’s in the detail.

Size of the BBQ - The number of people you normally cook for will play a big role in choosing the size of the cooking surface that will suit you. But, it’s not the only factor. Having enough room to do indirect cooking where you can place food away from the direct heat of the burner is a requirement of many recipes.You may sometimes like to cook on flat plate and other times grill or even both. Large BBQs offer versatility, you don’t have to worry about changing the plate or there may be just the two of you and you love cooking big tomahawk steaks!

Flat lid or Hood - While a flat lid offers a smart modern minimalist look, a hood opens the doors to many cooking options like roasting and having a warmer rack. Many people who are lucky enough to have ocean views want a flat lid option but then find when the winds pick up the performance of the BBQ is great reduced by not having a hood to close to contain the heat.

Bottle gas LPG or Natural Gas -. Most gas BBQs are fueled by bottled gas which is liquefied petroleum gas (LPG) or natural gas otherwise known as mains gas. These gases are different chemically. Natural gas is methane and LPG is Liquefied Petroleum Gas which is propane or butane. If you’re a details person then

More detailed information can be found at this link.

The basics are that LPG and Natural operate at a different pressure so they need different fittings like the gas hoses and gas regulators. Many BBQs and side burners will also need the jets changed that feed the gas to the burners.

Important to note not all BBQs can be changed to Natural Gas and vice versa.

With a BBQ fit to Natural Gas you eliminate the need to have to fill gas bottles and the problem of running out of Gas half way through a cook. However the main drawback lies in fact the BBQ can only move as far as the hose length from the gas point.

All gas plumbing work requires the services of a licenced gas plumber.

Some brands sell different models of the same BBQ one in Natural Gas the other in LPG. Brands like Tucker BBQ even offer a service to make the switch for a fee.

BBQ Features - The kinds of features in a BBQ is really a personal choice. It will vary from person to person but one thing I will say is when deciding on the features you’re after in a new BBQ is to look closely at the environment you will be placing the BBQ in. If your BBQ is very exposed you may find that less is better. Things like lights, rear infrared burners, bbq electric igniter are all great but in an exposed environment they may just come off a little worse for wear.

One of our best sellers is the Beefeater 3000s Series not because they packed full of features but because it has a reputation of being something that lasts. Beefeater have forgoed many bells and whistles to deliver a BBQ with an impressive high heat output coupled with a solid body, smart styling and best of all it’s about as easy a BBQ to clean as you are going to get. Link to 3000 series

Even so I love a good feature in a new toy, especially when it comes to things like removable charcoal trays, smoker boxes, reversible flat plates and so many more

Cleaning the BBQ - How easy it the BBQ to clean? I love to cook on a good barbie but cleaning it? Not so much.

So you need to have a good look at the size, how drip trays work for the fats and oils to understand how a daily clean up would work. Also consider what the process would be when it comes to a full clean up where you have to clean under the plates and grills.

BTUs (British Thermal Units) and MJ (Megajoules) - BTU and Megabytes is a bit jargon used to for how hot the BBQ can run and how much Gas it will use. While a higher BTU will mean the BBQ will run hotter and use more gas on high it is not always going to be the case that the higher the BTU, the better the BBQ. The placement of the burner under the plates and grill is also going to play a big roll.

Flame failure, What is it ?

Flame failure is a safety device which is fitted to a gas BBQ or Gas appliance. Should the flame go out during cooking the flame failure device will cut the gas off to stop the flow of gas to prevent the build-up of large amounts of unignited gas.

Many BBQ have a flame failure as standard or offer a model that does.

At the time of writing this post having a barbecue with a flame failure device in an open area is optional. If you are placing your BBQ or Gas appliance in an area more than 50% enclosed it is a legal requirement to have flame failure and just a really good idea. 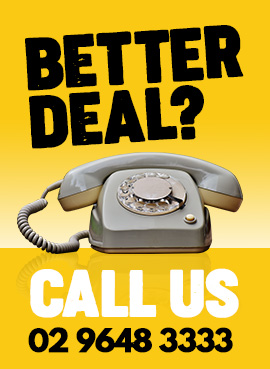